My Trip To Paris. Part Two. 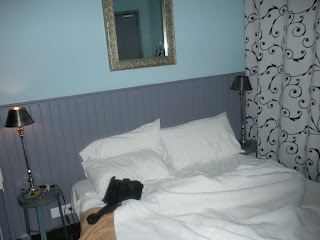 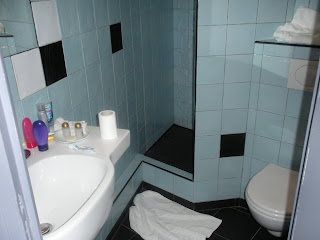 There is nothing more amazing than sunrise over the Atlantic. I had no idea what the time was when that orange ball showed up, I was draggled-eyed anyway, but it looked amazing.

About one hour before landing; breakfast was served. Nothing special, but I must have had four cups of coffee. We landed on time and I made my way to the ground transportation area. I stopped by the information booth to purchase a one-way ticket on the Air France bus, bought a 2 day museum pass, and collected a metro map. The service at the kiosk was pretty good and I noticed a supervisor taking notes and observations on the staff servicing the public.

The bus ride was eye opening. I could not believe the amount of graffiti on just about everything. We made our way on a freeway and through congested city streets and finally arrived at the Invalides metro stop. At first I thought that I would never understand the metro system, but I was wrong. This system is easy, you just have to know the lines and everything is marked well and color-coded. I purchased via machine a 10 pack (carnet) of metro tickets each good for a metro or bus ride including a transfer, but not metro to bus transfer. I collected another metro map, this one a bit bigger and easier to read.

I made my way to line 8, and exited at Grands Blvd to my hotel; Monte Carlo in the 9e. http://www.hotelmontecarlo.fr/ This hotel is a 2 star hotel only because it has rooms on the top floor that share a bath and shower; otherwise it would be a three star.

I spent a lot of time researching hotel and located this hotel on trip adviser (TA). http://www.tripadvisor.com/ TA is a very useful tool for all aspects of travel. I utilized the travel forums and was able to obtain very useful information.

I arrive at Hotel Monte Carlo pretty early as check-in is at 3:00pm. I was able to drop off my luggage, use the restroom, and was offered a coffee by the owner; Tomas who was very helpful. This is a small family owned hotel in the middle of everything. Stores, eateries, and the like are in the area as well as two close metro stations. There is a post office and internet café nearby as well. Sad to say I have no laptop with me on this trip. The hotel offers free wifi.

I think I must have arrived at the hotel by 11:00am and was getting hungry. I was a bit in a fog as I didn’t sleep well on the flight. Armed with a map and Euros in my purse I was set to explore the area. My first stop was a grocery store to purchase a liter of water. I didn’t have the energy to visit museums just yet, so I walked and walked. I took a few pictures of unusual sights. I entered the metro and headed off to the center of the city just for fun. Mind you, I was in a fog so I really watched what I did and I declined to drink any wine. That decision didn’t last too long. I eventually made my way to Galleries Lafayette. http://www.galerieslafayette.com/ One entire floor with nothing but shoes, I was in heaven. After putzing around, basically doing nothing I made my back to the hotel to check in.

All hotel rooms in Paris are small by American standards. I was upgraded at check-in to a room facing the courtyard. The bathroom was small but was fine for me. The fixtures were very modern, the bed big enough (similar to a full size) for me and very comfortable. The bedding and towels were like new and soft. The pillows were firm. There was an electronic safe. Key cards were used for the door locks which made me feel safe. The curtains kept out the light so I slept well. There was a flat screen TV and had three English channels (CNN, BBC, and BBC 4), one French, Spanish, Italian, and a Russian channel. I believe I paid 74 Euros a night, about $414 USD total. I could be off a little.

I went to a bistro for dinner and then walked around the area until I was tired enough to go back to the hotel. I eventually crashed for the night.