My Trip to Paris Part Four 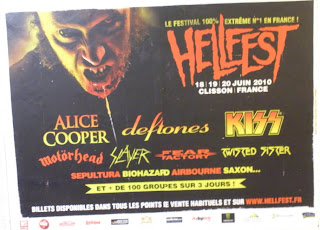 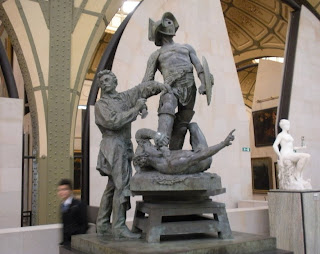 I set my sights high today. I planned to visit the Eiffel Tower, the Musee national de la Marine, The Arch d’Triumph, and the Louvre. I also managed to get some shopping in and visit some small art galleries. In between all those places I managed to have a nice breakfast, lunch, and dinner.

The Eiffel Tower is a magnificent fete of human ingenuity. This thing is massive. The crowds no doubt were massive as well. Listening to the many voices present it sounded like a mini UN. What amazed me were the reactions of the hundreds of children. There was an abundance of Italian, Israeli, and Northern European visitors that day. I spent at least two hours in line to purchase my ticket to waiting for the elevator. I bought a ticket for 13 Euros to the second floor. Once up to that floor I was freezing. Although the temperatures were in the mid 40s, it was very windy and I don’t think I would have made it up to the top. The height even from the second floor is pretty dizzying, and I took some amazing pictures. I then made my way to the elevator back to the ground packed in like sardines. Manners were quite lacking that day.

I walked back again towards the metro, but I stumbled upon the Museum of the French Marines (Navy). It was listed on my museum pass and thus no admission fee. This museum was not crowded at all. It is in an older building made of stone. The history of the French Navy is displayed in chronological order along with a few special exhibits. I liked how the models of the ships were displayed and the abundance of cannons. The museum had a very nice bookstore where I made a few purchases.

I walked across the bridge over the Seine on my way to the metro to stop at the Arch d’Triumph. Since it is located in the middle of a round-a-bout, one must enter via an underground passage. What can I say about the Arch? It is a monument. It is where the French Unknown Soldier is buried from WWI. There is an eternal flame that has been lit ever since the Unknown Soldier was buried, even Hitler didn’t extinguish the flame. My knee was hurting a bit so I was able to take the elevator for part of the way. There is very good security at the Arch with police carrying big guns.

I made my way to the top of the Arch and had an unobstructed 360 degree views of Paris. I was in total awe. It was a very beautiful day and the sun was starting to warm the air. I couldn’t stay there all day, so I made my way down and through the tunnel to walk along the Champs-Elysee, an amazing and beautiful boulevard. I stopped to visit a few shops and had a coffee at one of the cafes. I started to get a bit hungry and had a craving for a crepe, and I just had too much stuff to carry, so I entered the metro and made my way back to the hotel to rest my feet and grab a crepe. I ended up taking a short nap after lunch, I guess I needed more caffeine or maybe it was the wine?

The Louvre is open late on Friday night, so that was my plan. You know, it is hard for me to see Paris on my own. It is pretty lonely and I have no one to share my thoughts with. It’s not like I can go up to a total stranger and start a conversation. Even getting lost is an adventure. My broken French is just getting me by and not everyone speaks English. That is when I feel most alone is when I am lost on the streets in Paris. I have wondered into some areas in Paris that I didn’t know existed, like a street with nothing but Anime shops and hard core music stores. I was in heaven. Also mixed in on the street were second hand clothing and kitsch stores.

I don’t have anything written about the Louvre as it was pretty crowded, especially the Mona Lisa. I knew it is a small painting, but it is roped off from the public and hard to view. It is almost like visiting Disney world. There is a large upscale shopping mall attached and it is pretty crowded and takes away from the beauty of the museum. Having never been there I had high expectations and was sorely disappointed.