My Trip to Paris Part Three 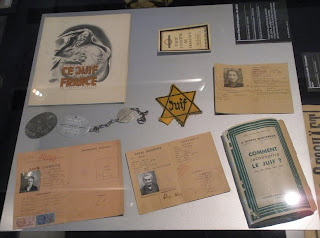 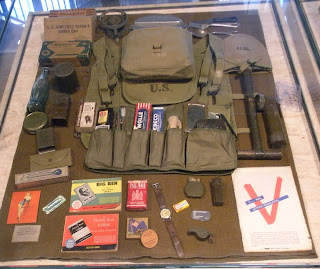 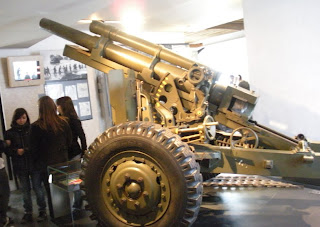 I slept like a baby and didn’t hear any sounds at all throughout the night. My alarm went off at 8:30am. I collected my thoughts, turned on the TV to CNN World and hopped into the shower. I was out of my room within the hour. I decided at the last minute to purchase the continental breakfast the hotel offered for 8 Euros. I had about three cups of coffee, a croissant and a baguette with some butter and jam. Also offered was juice and tea. Cereal and cold milk was offered but I declined.

My plans for the day included visiting Les Invalides, The Rodin Museum, Musee d’Orsay, visiting an internet café, some shopping, and catching bus #69.

What can I say about Les Invalides otherwise known as Musee de L’Armee Hotel National des Invalides? Napoleon is entombed in the Eglise du Dome. It is so amazing to see three floors of WWI and WWII and modern and ancient war relicts. Historic Saint-Louis des Invalides Cathedral is beautiful. Museums of Liberation and of Deportation are so detailed and yet so sad. What amazed me are some of the guards I came across sound asleep in their chairs, and this was before 12 noon! I spent three hours looking at the exhibits and decided to pay a visit to the on-site cafeteria which did not disappoint. Also on site is a working hospital for veterans. I had a small single serving of onion quiche, a delicious slice of apple pie, and red wine, plus a Coke Light. After lunch I visited the bookstore to make a few purchases.

My next stop was the Rodin Museum which was a short walk away. The famous “Thinker” statue is displayed on the grounds. The museum was very crowded that day with tourists and school groups. There is some very amazing artwork in this small museum, I was in total awe. There are early and later works by Rodin and other artists. The grounds were lovely even though they suffered through a harsh winter. I spent about 90 minutes looking at the sculptures.

My next adventure was to catch the #69 bus that was mentioned in Rick Steve’s travel book on Paris. The bus cost one ticket and did not disappoint. I needed a break off of my feet and nearly road it to the end of the line, but I spotted an internet café so I hopped off at the next stop. I still curse myself for not having a laptop with me! The busses in Paris are quite modern with comfortable seats and stops are announced; however they can become quite crowded during rush hour. Bus #69 rambles down many very narrow one-way side streets and it amazing how narrow these streets really are. The bus also travels adjacent to the Seine and I saw some amazing views.

After spending about an hour at the internet café I made my way to the nearest metro stop towards my hotel, as I was a bit tired. I arrived at my hotel and rested a bit. I consulted with the owner; Tomas and he mentioned that the Musee d’Orsay was open this night. He really had some great advice for me. So after dinner at a local café I headed out to the Musee d’Orsay for a night of magic. I was not the only one who had the idea of visiting that evening, and yet it was crowded. Even though they were completing some major renovations, much of their collection was available to view. Security was also tight and the guard looked in bag which went through a metal detector. The artwork was very beautiful. Huge paintings of the masters and huge sculptures as well filled every space. I can’t name everything, but I managed to take some great pictures; albeit without a flash. I also visited the bookstore; known as a library and made some small purchases. I’m glad now that I purchased a museum pass.

I spent about 2.5 hours at the museum and then it was time to head back to the hotel. The metro was nearby and not complicated at all. The museum is in a very nice area and I felt completely safe all on my own. It was about 10pm when I arrived at my hotel and I was exhausted, but before I went to bed I had a small snack and drank about a liter of water.