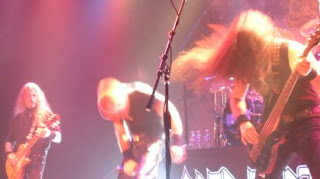 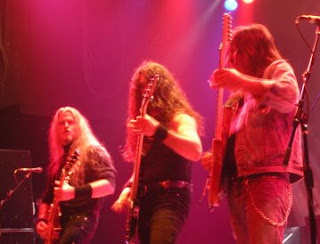 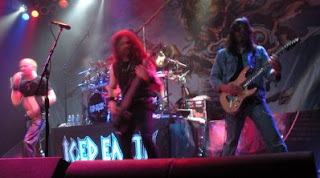 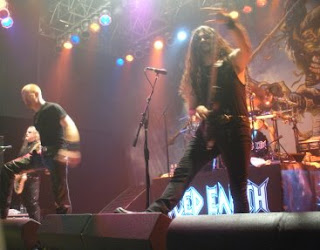 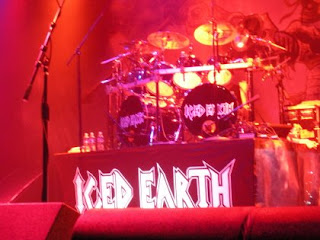 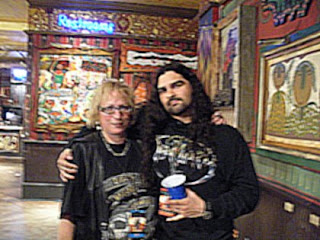 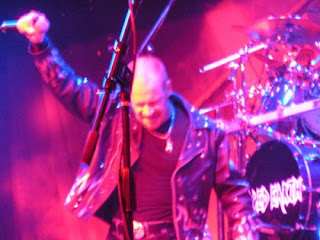 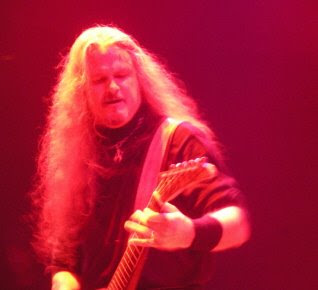 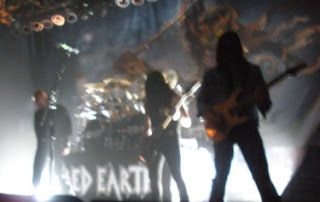 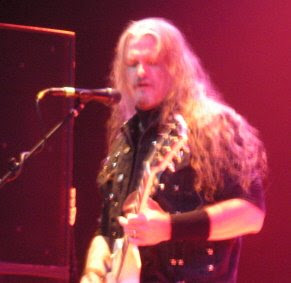 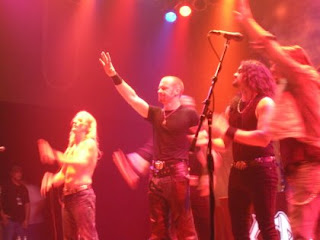 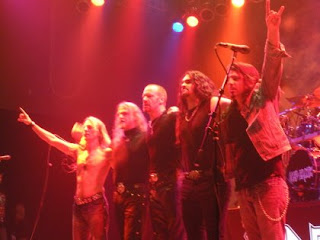 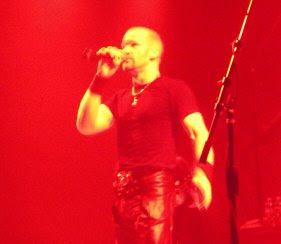 WOW is an understatement! This concert totally blew me away. I was up front against the security barrier just short of center stage. I'm still working on the pictures. The lighting was awesome as well as the sound. They played most of my favorites: Something Wicked, Second day at Gettysburg, Iced Earth, Dracula, I Walk Alone, Ten Thousand Strong, In Sacred Flames, Behold The Wicked Child, Hell, there's more. But, sad no encore, as I heard Matt Barlow wasn't feeling well...maybe not true, but when the lights came on, I knew. I'm still processing the concert in what's left of my mind.
There was an opening act, Saviour I believe was their name. They are metal, but need a better range in their vocal areas, but they were descent. They even encouraged a mosh pit to occur. hell, I was pushed a bit.
I also ran into a friend of mine from the Amon Amarth concert from last year. She was standing next to me in the front row. She told me she always sees the same people at metal concerts. She just returned from a metal festival in Germany. I probably should make plans to attend next year during my hopeful three week tour of Europe. IE didn't play in Pittsburgh, and it seemed half of the audience was from there. I was surprised that the venue wasn't sold out. IE is a very important metal band, they have been around a very long time. Jon Schaffer is a guitar God. Matt Barlow's vocals were very good and he seemed to hit some very high notes. He was sporting a new shaven head, sort of looked like Ripper. Brent Smedley was drumming and didn't stop, he was amazing. Troy Seele was on lead guitar and was right in front of me the entire concert and along with Freddie Vidales on the bass. I have no idea how they do it all. OK, I know I'm not the best writer and reviewer, hell, I'm trying.
I'm still working on this post...to be continued.
Posted by Cosmo's human at Thursday, October 02, 2008